I was only about 12 years old then, however, I still remember their names ― first name and surname ― only that it would be unethical of me to share such information here. For some, we thought it was obvious, based on their mannerisms, and for others, they acted “too masculine” for such to be true of them. “But what exactly does it mean for one to act masculine?” I wondered. I may understand a masculine appearance, but acts? We actually doubted the possibility of some males being homosexual because they “acted masculine”? Thinking of it now, that`s gross!

I was on a phone conversation, just a night before writing this piece, with a classmate from my university back in the day, and while we discussed gender issues, they reminded me of one thing a lecturer said often: “Gender is a performance.” The saying didn`t matter much to many of us at the time, as we were mainly concerned with taking notes and passing exams. But while and after we spent over three hours on that call discussing gender issues and other areas of interest, I realised how true the statement is.
So there we were, in our early teens, some of us not teens yet, succumbing to a number of societal expectations of how and how not boys should behave. We strived not to be called gay, so we had to “act like guys”. It was until some of us experimented Daddy and Daddy with the supposed non-gay guys that we realised that we were all in a performance. But sadly, we still didn`t realise. 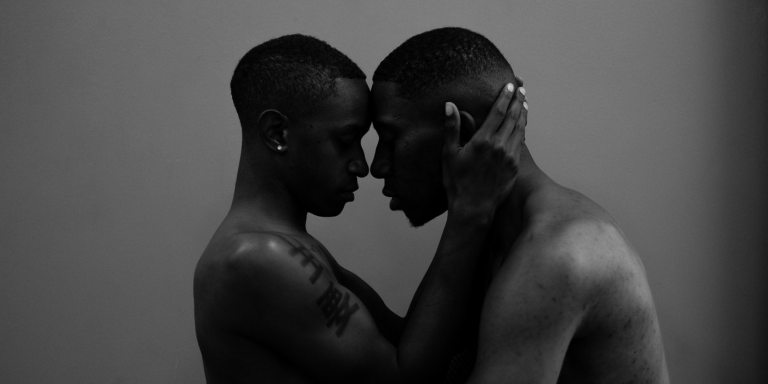 You see, to write under this subheading, it takes some unlearning, a level of immunity to the stings of criticism, and the willingness to liberate minds, especially in a society that criminalises homosexuality, and largely pretends to be homophobic.

Some of our experiments started out as unnecessarily prolonged hugs, unlawful bed sharing, and a couple of seemingly subtle things. Same people who said at daytime that they could kill anyone who made homosexual advances at them grabbed bony, slightly protruding backsides at night. I heard that some of those escapades were penetrative, while a number of experimentations, I think, weren`t. One surprising thing, at the time, and a bit still surprising now, about Daddy and Daddy, is that it was done like Mummy and Daddy. There was/is the need, to the best of my knowledge, for someone to sound, move, and generally act like a mummy, or how mummies choose to. Is it a problem of creativity? Or is it just how “nature” would have it? Maybe we should consider this paragraph open for completion, for those who practise the act to help us out, as I am of little or no experience in this regard.

“Sexual activities between females and males are as wrong as those between males and males, and in fact, the former is more openly condemned by the school authority, but, some of us engage in the former and are celebrated by peers, while those who engage in the latter must hide to do it. Do offenses now have categories?”

To be frank, I never saw a rule against homosexuality in my schoolbook at the time, and I didn`t hear of it in the law of the land also. That doesn`t mean it didn`t exist. I think we all just assumed no one was into it, as it was “too abominable” an act. If that was the assumption, it was outright wrong, as people were actively practising it, but we all remained quiet, pretended it never happened, and with the same energy, spoke against it if it ever came up, somehow.

Well, the narrative changed when a new boy joined us. I remember his name so vividly. He shared a name with one of Jesus` disciples, and we later added “Busta” to the name. So for the purpose of anonymity, let us call him Busta.

I remember Busta`s mouth odor more than I remember the reason I have mentioned him here.

If this were a spoken story, I might have mentioned his actual name mistakenly. I remember when some of us had to supervise the brushing of his teeth; we then realised why his mouth stank that badly. What he called brushing of teeth wasn`t brushing. It probably was what he did to male buttocks. Busta only caressed his teeth.
Busta was accused of sexually assaulting junior students, hence the new name. I saw males who I was sure were “doing boys” energetically criticising Busta. Who taught us double standards? I almost began to feel I should criticise Busta too, just to prove that I was not homosexual. But the fact remains that a young man`s feelings were hurt. We were stigmatising him, not actually because of what he did, as what he did wasn`t as strange as we made it seem. We did what we did because that young man didn`t know how to be discreet about his “abominable” act. And like the biblical adulterous woman, Busta never had a partner ― at least, none that we ever saw. He was only accused of assaulting boys. But I was convinced that people consented to his acts, or at least enjoyed his intended assaults but had to save their faces, hence never gave consent. I may be wrong. We all desired to cover our nakedness, our shame, and we threw the proverbial first stone and many others against the young man. And it was all performance. We felt we needed to prove a point. And the performers were also the audience: a display of foolery.

What then Becomes of this Nakedness?

At this point, you must have frowned, smiled, or maybe only grimaced at certain memories this story has brought back. You probably haven`t even reacted in any particular way, maybe because you haven`t found a need to do so. However, one thing remains: here`s a kind of nakedness to deal with. This nakedness is different from the one we strived to cover a long time ago. This one is a norm in some societies, almost becoming a norm in others, and totally abominable in some ― my kind of society ― the one in which Busta`s partners criticise him openly but wink at him in private; the one in which females and males feel the need to prove they`re straight, but like wet spaghetti in a covered pot, do otherwise; the one in which people of certain sexual orientations have to be demon-possessed, because we believe so, forgetting that these same people who label them such caused their “predicament”. Maybe I should tell you about the lady who was sexually assaulted by at least three of her uncles when she was a toddler. She grew up to see them do this to her. It went on for over a decade, and she never reported to anyone. She realised that as a result of the abuse she suffered, when she became a teenager, she couldn`t maintain a romantic relationship with males. She turned to females and felt happy. She later struggled to seek the help of a counsellor. Such paedophiliac uncles probably claim to be homophobic, and with much energetic performance, openly criticise those who their dastardly act made homosexual, directly or otherwise. So with much hatred, people criticise people of this nakedness, and not many deem it fit to orientate them, even though they consider it a problem. This is definitely a kind of nakedness we need to deal with in many societies.

So is this writer in support of homosexuality? That shouldn`t be as important as the call for action in this message, however, to answer your question, the writer is a heterosexual who doesn`t discriminate against people of any sexual orientation.
The writer is after fairness and correction in love.

The writer is Akinsiwaju Sanya.