The Tomb of a Fallen King 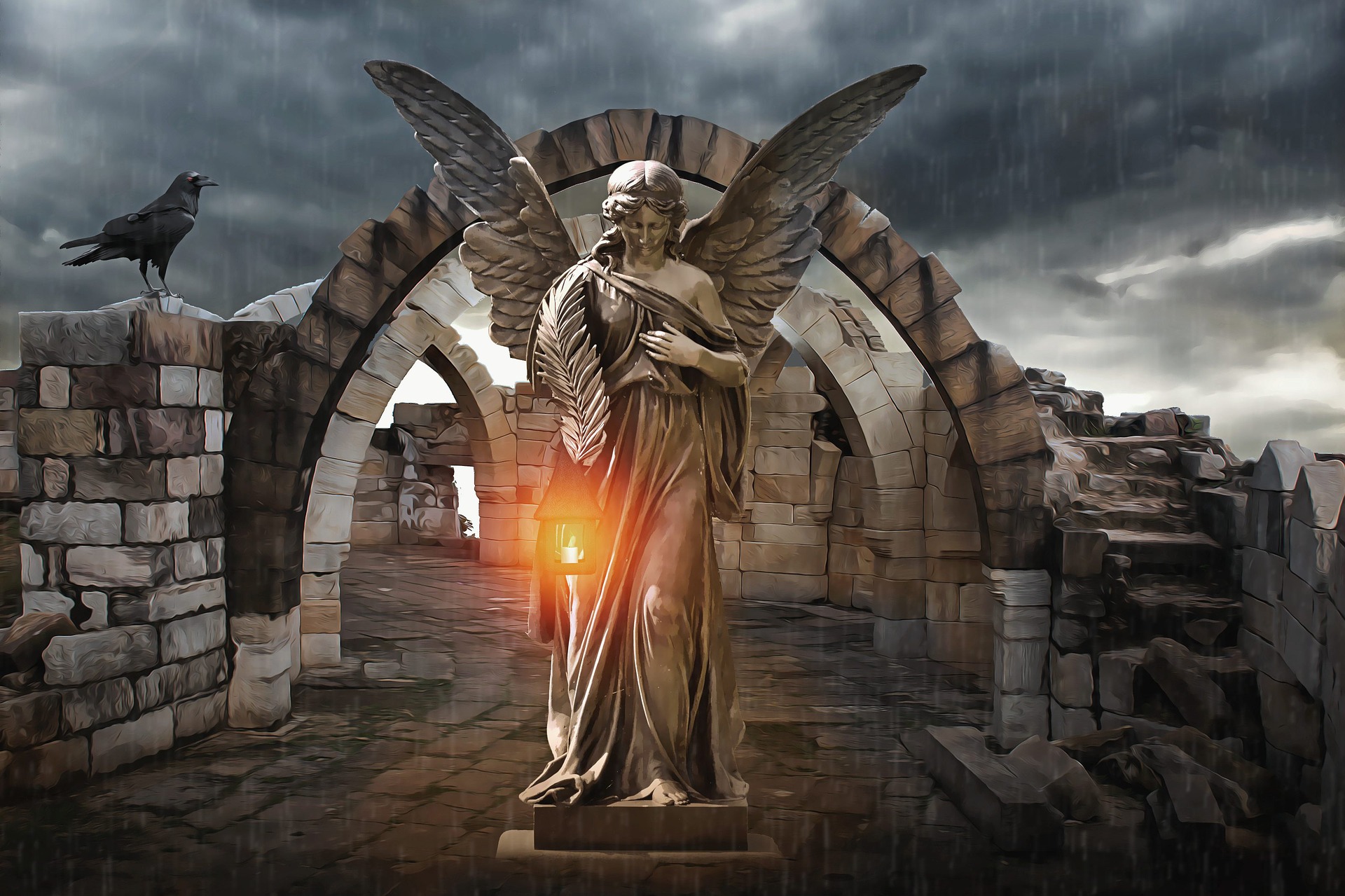 After hearing the history of this place, I took it upon myself to gather supplies for the journey ahead of us, while exploring the area I overheard more stories regarding this land and grew an interest to learn more about this place’s history.

Later that day, the people here granted us a room for both Frayer and me to stay in, though our peace was quickly taken as we heard a knock at the door late in the night.

Frayer was fast asleep, so it was down to me to get up and answer the door. Surprisingly, there was a lady I did not recognise, though she knew me quite well from the rumours that floated around across this land, from the look of her face she seemed perturbed wanting my complete attention.

I was taken aback as the lady got down on her knees begging me to not go on with my quest to the Umper Tombs, her yells became louder which only served to fuel my pride. Frayer woke up as the lady continued on to express herself, I became angry knowing the stories I’ve heard and many lives that are at risk if I gave in to the pressure of this situation.

I reached the boiling point and attacked the lady with every thought that passed through my mind. By the end of it all, I felt relieved, though I knew nothing of how I would bring peace upon this world.

From the corner of my eye, I got a glimpse of Frayer having a look of concern regarding the quest at hand, though she never confronted me about her doubts.

Shortly after, we heard fireworks from afar to which I could only see it being an indication that the Nightfall Dance was about to begin in the Land of Maar.

The morning arrived, we set our sights to the Umper Tomb and headed north-west into the Slated Plains, which took us only a few hours to cross over, at long last, we made it to the entrance of the Umper Tombs.

We commenced our search for the five keys that are scattered throughout these tombs. We found our first key carefully placed on a rock that was surrounded by quicksand, the second was located in a snake’s mouth in upper rooms of the tomb, the third key took a bit of skill to obtain as we had to bypass a few traps and puzzles to obtain it.

The fourth key was in our sights, however, the monsters of this tomb surrounded us, they wielded spiked chains set ablaze by red flames, we were quickly outnumbered as they came one after another.

The odds were stacked against us.

But just before I could act on our situation, a bright light emitted from Frayer’s blade and with it her entire appearance drastically changed as she carried a crazed grin on her face, in a moment she summoned a secondary blade and unleashed her attack on our foes.

That battle concluded rather quickly, and we obtained the fourth key, later we found the final key in a room that was guarded by a fearsome beast but was quickly brought down by my magic.

With the five keys in our possession, we now needed to make our way to the Land of Varu but with the Nightfall Dance upon us, we have little time before Zulifer makes his first move upon this world.

Night of the Nightfall Dance

Meanwhile, in the Land of Maar, many were celebrating for the sake of another season of peace. Although it didn’t take too long before the land was placed under judgement and as others from different lands also joined in on the celebration, they too were put under Zulifer’s judgement.

The hour of judgement had arrived. The black star or some may call it the Flaming Star soared across the sky, as foretold in the prophecy. This only served to flood the people with fear and despair as they felt that they are at the end of their lives.

Soon after, the beasts of the field lost control of their minds and started attacking each other and the people of the land. Along with this, a grave sickness filled the air, a sickness that no one was able to comprehend nor was aware of a cure.

It was clear that time was not on our side.

Midnight was greatly distressed on the events taking place after the sickness has covered half of the world, it wasn’t too long till Zulifer took control over the Children of Midnight to serve as the third sign of his arrival.

With the prophecy near to completion, Midnight took this as an opportunity to take action and confront Zulifer face to face.

Despite what was happening in other lands, Frayer and I made it to the land of Varu, surprisingly nothing had yet taken place in this land, though we did not take this moment of peace for granted.

Inside this land held a resting place for where Zulifer had been for many years, though no one in this land had dared to ever go near that place as many thought it to be cursed.

Once we were inside the resting place, we found many jewels which were probably left here by the followers that Zulifer had in his day, from what it seemed a few of those followers attempted to break Zulifer out of this place but only ended up perishing.

But then we saw him, sat at the throne that was built in his day. His eyes were poisonous purple, and he had fangs that are as sharp as a sword, wearing a robe made out of the finest linen I’ve ever seen in my life.

He was just waiting there; did he anticipate our arrival?

“This world has met its end, a new world shall take its place and I shall rule over it as its king” he spoke with boldness and did not stagger in his speech, but often took a glance at the keys that I held in my hand.

I disregarded his speech and activated the keys, as the energy flowed throughout the room Zulifer lost his edge for a brief moment but then smirked.

The gate that the keys summoned was shattered. The seal that we placed our hopes in could not be done, the end of the Linx World was unavoidable.

Midnight arrived at the scene and a clash between her and Zulifer began, the fight was fierce but ultimately Zulifer came out on top rendering Midnight completely drained of power.

“The love we shared in those days is not forgotten, but soon every memory, every thought and every soul shall be eviscerated along with this pitful world” Zulifer exclaimed, these words sunk into my soul and pierced Midnight’s heart as she fainted under the pressure.

Moments later Zulifer vanished and transported us to the Forest of Pails for the final phase of the prophecy, the sky turned grey and bolts of electricity covered the scenery.

I looked around to see that Zulifer was nowhere to be found. Knowing that Zulifer is at full power I used the remaining strength that I had to search around, along with Frayer as she carried Midnight on her back. 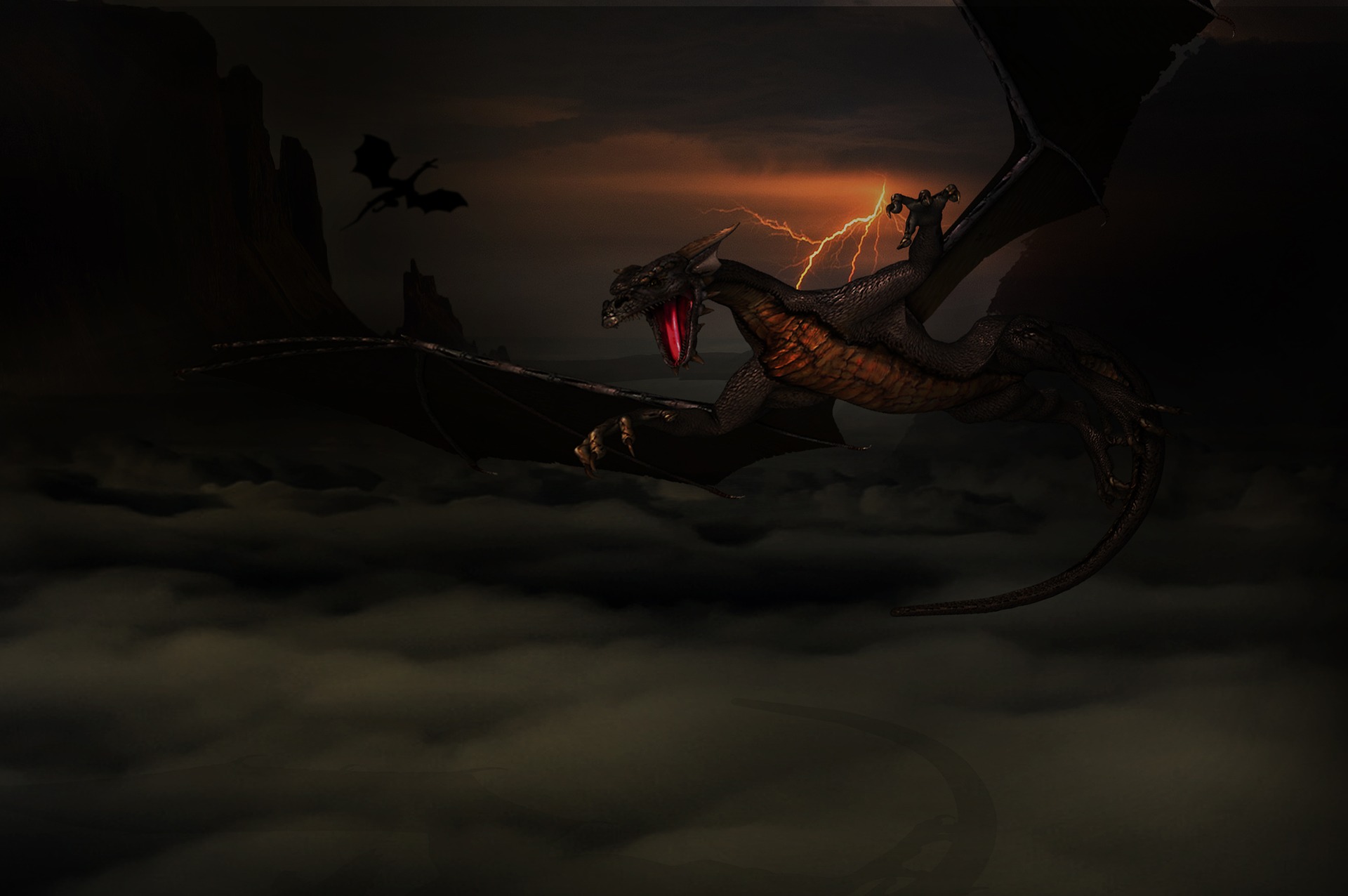 Then we saw it… The Ember Dragon emerged and flew above us but had not yet spotted our position but then the Draglet that we kept at the innermost parts of the Umper Tombs appeared in our midst and cried earnestly dashing any little hope we had.

The Draglet’s eyes glowed green and in a matter of moments, it shape-shifted or evolved into its true form.

A second Ember Dragon was born.

Both dragons met and merged together to make a beast that no man or creature could have ever predicted.

This battle may well be our last.

This concludes the finale to A Hero’s Debut, to be continued in Breath of a Hero.

Image by Free-Photos from Pixabay

Image by Enrique Meseguer from Pixabay

Image by A Owen from Pixabay

Photo by Paweł Furman on Unsplash

Image by untouchableaashish from Pixabay

Check out the previous chapters to this short story down below:

Connect with me here:

If you would like to partner or collaborate with us on, you can contact us via email: hello@dianakolawole.site